How Long is a Basketball Game?

Basketball is a very physical game. Athletes with good fitness are able to play it without causing any injury to their ankles or legs. The game rarely stops so time for a basketball game is set according to fitness and age of the players. A basketball game time can be different at different places and levels. Men may have longer games while boys and women may have a little less game time. Generally, you will have 40-50 minutes of regular play but this time can increase significantly due to fouls, half time, timeouts, reviews etc. Considering all this the time can easily two hours before the end. The time varies in different leagues, different countries and different levels of playing. Below I will discuss how long is a basketball game in different leagues, countries and stages.

In NBA, a professional game is of 48 minutes. There are four quarters each of 12 minutes. However, this is the playing time. Actual game can last for more than 2 hours. Sometimes, they can top 3 hours. This extra time is because of the fouls, injuries, timeouts and breaks between quarters. NBA is quite competitive so number of fouls and injuries there is large. Hence more time is used in a game.

In FIBA, the game is shorter than NBA. The time is 40 minutes with four quarters of 10 minutes each. However, injuries, fouls, timeouts can make a game much longer here as well. The half time is of 15 minutes between the second and third quarters

The College basketball games have 40 minutes of regulation. They have two halves rather than four quarters like a typical game. Each half is of 20 minutes and in between the half time break is of 15 minutes. 5 minutes can be added as overtime in case of tie. Even more time can be added till one team takes the lead and wins. The game takes a n average of 2 hours and 10 minutes.

In high schools, basketball is very popular. The regulation time is 32 minutes but everything included, the time can easily increase 90 minutes. They have four quarters like the NBA games but shorter than NBA i.e., they are of 8 minutes. 10 minutes break is given between the second and third quarters which can also be called as half time. In case of tie, 4 minutes are added extra which can be increased till one team emerges victorious.

Time for women games of basketball can vary from tournament to tournament. But majority of the tournaments follow a particular length of the game. High School games have four 8-minute quarters. On the other hand, when we consider WNBA or FIBA, they have four quarters of ten minutes making the game time of 40 minutes. NCAA also have 40-minute games for women but they do it in two halves rather than four quarters.

Youth basketball games have two 20-minute halves making the game of 40 minutes. But overall, these games take less time than other games as the clock does not stop except for timeouts and halftime breaks. 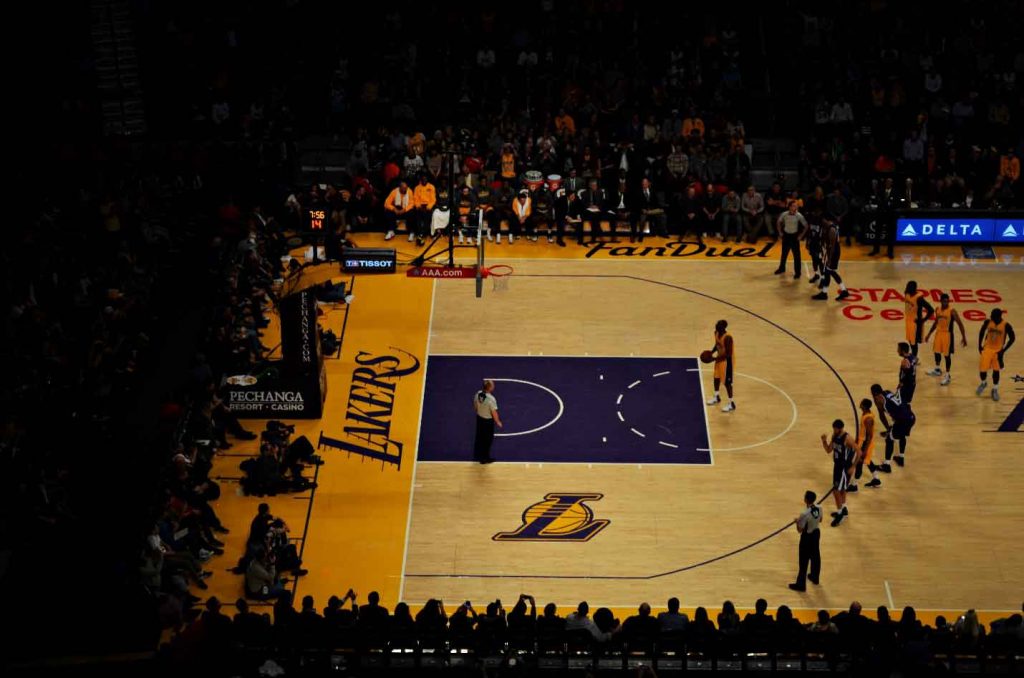 Reasons for long time of the whole match:

Below are some of the reasons, that stops the clock of the game and hence make the game very long.

The clock is stopped upon a foul and the referee goes to the scorer table to report. This takes more than a minute every time a foul occurs.

In four quarters, after the second quarter and in two halves, after the first half, half time break is given for the players to rest and strategize with the couches for the remaining play. They are generally of 15 to 20 minutes. In big matches, there are performances in the half time. The performances can take even more time.

One timeout last 75 seconds and each team has to take at least one timeout in each quarter so that they cannot save much timeouts for the last quarter. In the final 2 minutes of the play. One team can only take maximum of 2 timeouts.

In NBA, TV timeouts and commercials breaks are present for the promotion and publicity of the product. The game stops during these commercials unlike other sports. These timeouts are like the timeouts taken by the teams. As every team has to take the timeout in each quarter, that also works as the TV commercial timeout.

Like other sports, the video reviews or referrals are taken on doubted decisions. They take a lot of time as they try to make sure that correct decision is given. A single review takes almost 2 to 5 minutes of the viewer time. Its better to have referees looking at the live action on camera and reporting the wrong decisions to the on-field referee. It can save a lot of time and referees cannot be blamed in this way.

Substitutions take place when the clock stops and referee signals. One team can have as many substitutions as they want. They don’t take much time as compared to other stoppages.

Overtime is given in case of tie which is 5 minutes initially in most leagues and tournaments. But this time can be increased in case there is still tie until one of the team manages to win. This is something that do not happen quite often and if it happens it cannot be avoided as basketball matches cannot be ended on tie.

So, the basketball game may have a playing time of 40-50 minutes but the whole game can take a lot more time than that. So, if you are planning to play professionally or arranging a game, keep at least 3 hours in your mind. The game can easily go that long. NBA and FIBA are trying their best to reduce the overall time of the match. Let’s see how much less they can bring the time.